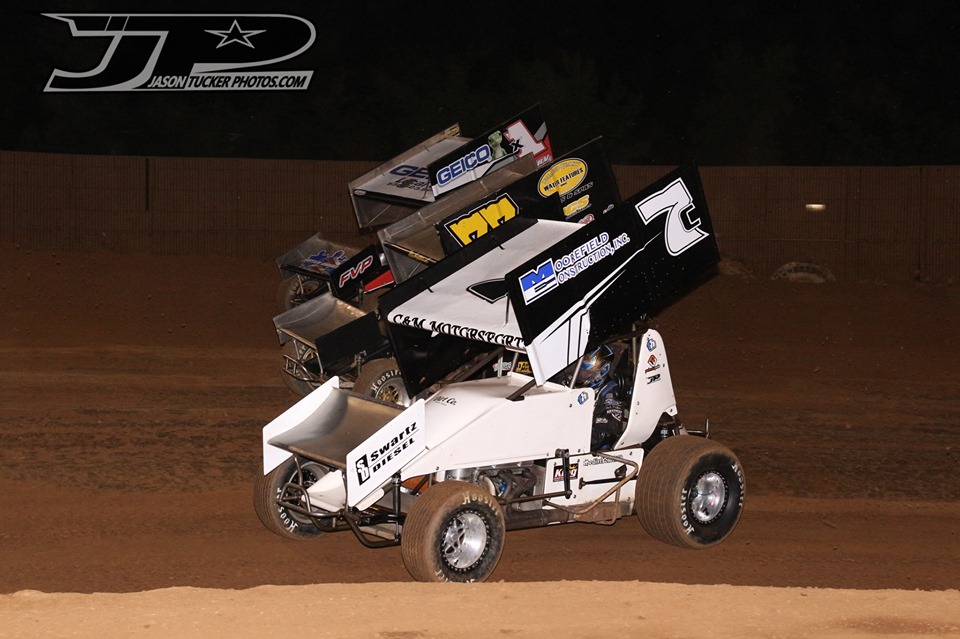 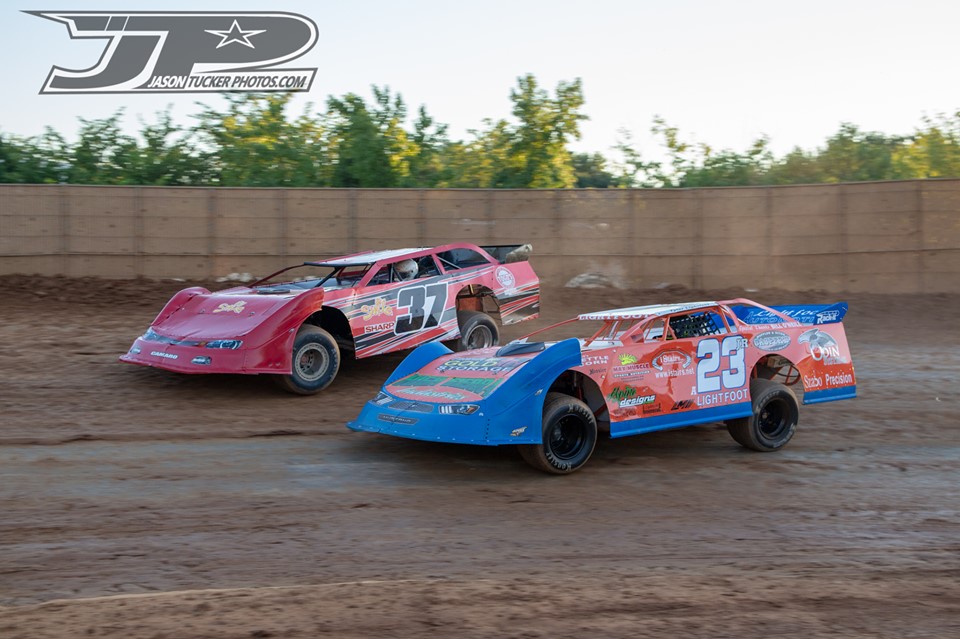 Placerville, CA – The Placerville Speedway is ready to host the penultimate point race of the season and celebrate back to school with “Student Night” at the El Dorado County Fairgrounds quarter-mile taking place this Saturday August 17th.

The event marks a big upcoming week of racing that also features the King of the West-NARC and POWRi-BCRA Midget “Gold Country Showdown” just a few days later on Wednesday August 21st. Divisions that will be on hand this Saturday during Student Night will include the Thompson’s Family of Dealerships Winged 360 Sprint Cars, Ltd. Late Models, the Jay’s Mobile Welding & Fabricating Pure Stocks and the Nor-Cal Dwarf Car Association.

Students will receive grandstand admission for just $10 this Saturday by showing your Student ID at the box office. Live music will be performed in the grandstand midway by Kylie Segura from 4pm-6pm and Coors Light Happy Hour will also occur at that same time. Driver autographs featuring Mike Benson, Jesse Bryant, Jay Norton and a representative from the Dwarf Cars will take place from 4-5.

With just a pair of point races remaining for the Thompson’s Family of Dealerships Winged 360 Sprint Cars Auburn’s Andy Forsberg is closing in on an unprecedented seventh track title. “Mr. Excitement” has picked off five wins in weekly competition and has put together another fabulous season at the red clay bullring, while driving the Steve Tuccelli/ Alan Bradway owned Friends & Family Racing X1. Forsberg will look to get back in victory lane one week after current runner up in points Kalib Henry earned his first career triumph at the speedway.

Henry, who resides in Mather, has been a consistency machine this year while piloting three different cars in weekly action. Completing the top-10 in points heading into the penultimate race of the season are Bobby McMahan, Jodie Robinson, Mike Benson, Shane Hopkins, Bubba Decaires, Jimmy Trulli, Chris Masters and Justin Johnson.

This Saturday’s Student Night is the championship finale for the Ltd. Late Model division in 2019. Things still remain somewhat tight at the top of the standings with Ray Trimble leading Tyler Lightfoot by 13-points going into the final night of competition. Trimble has led the way with a trio of wins this season and despite not getting into victory lane just yet, Trimble has been consistent enough to keep pace with the current point leader. Dan Brown Jr., Jay Norton and Ryan McDaniel round out the top-five.

With the Jay’s Mobile Welding & Fabricating Pure Stocks it has been the year of Dan Jinkerson, who captured his eighth win of the season last Saturday night. Jinkerson however, has missed two races which means he will be looking for a top-five point finish, but not the championship. Nick Baldwin has two triumphs on the season and has consistently finished up front to give him a sizable point lead over Kevin Jinkerson with the campaign winding down.

Baldwin captured the Placerville Speedway championship a couple years ago and will look for two more solid nights in hopes to wrap up his second title. Jason Palmer, Jesse Bryant and Scott Grunert rank third, fourth and fifth respectively. Bryant is looking to bring home Rookie of the Year honors at the ripe young age of 13. Completing the top-10 in points are Dan Jinkerson, Stephanie Hanson, John Ewing, Mel Byers and Jason Leonard.

Rounding out the card on Saturday will be the always fun Nor-Cal Dwarf Car Association. The tight knit group travels around California and always seem to have a great time doing so. Shawn Jones and Ryan Winter have claimed the first two Dwarf Car appearances of the season at Placerville Speedway. They will also return as part of championship night on September 14th.

Adult tickets this Saturday will cost $15, while seniors 62 plus, military and juniors 12-17 will be $13, children 6-11 are $6, kids five and under are free! Tickets can also be purchased online by clicking https://www.universe.com/events/2019-placerville-speedway-championship-pts-race-14-student-night-tickets-placerville-9Z26NJ

The pit gate at Placerville Speedway will open at 2pm, with the front grandstand gate opening at 3pm. A happy hour is offered from 4pm-6pm in the grandstands featuring discounted Coors Light and Coors Original at the beer stand. Drivers meeting will be held at 4:30pm, with cars on track for wheel packing at 5. Hot laps, ADCO Driveline & Custom Exhaust qualifying and racing will follow. Live music will be performed from 4-6 in the grandstand midway.