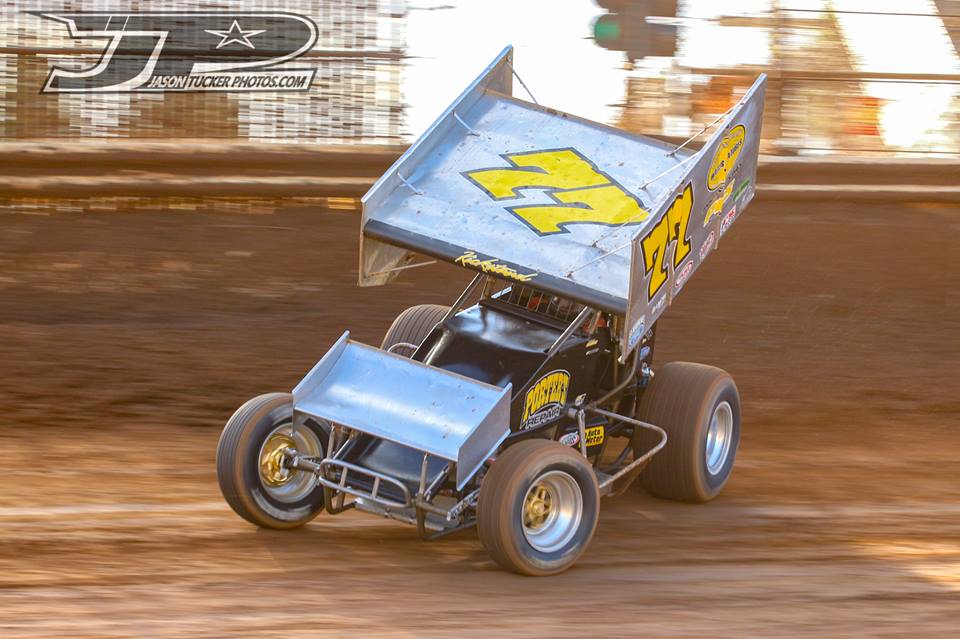 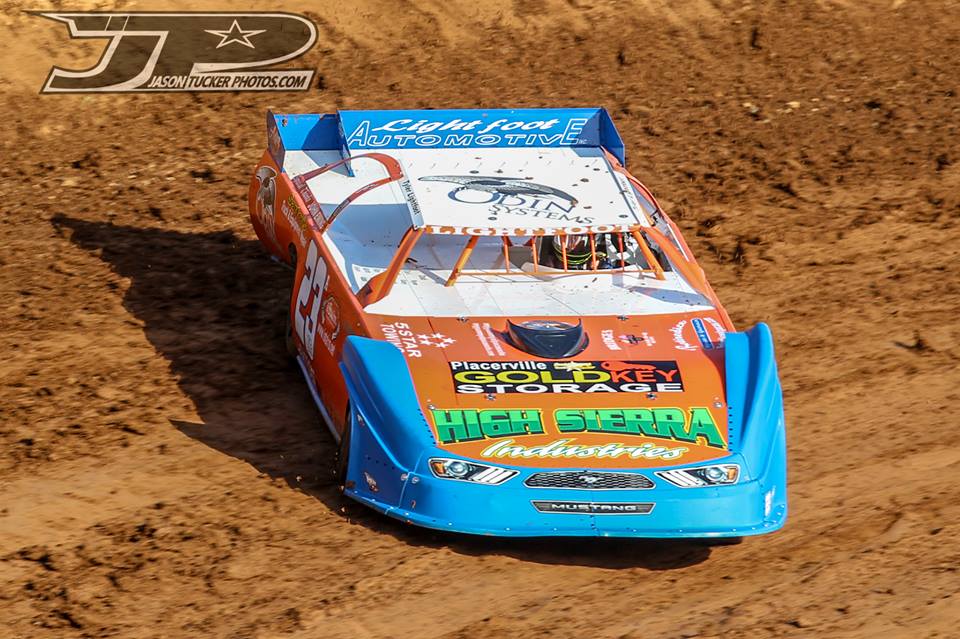 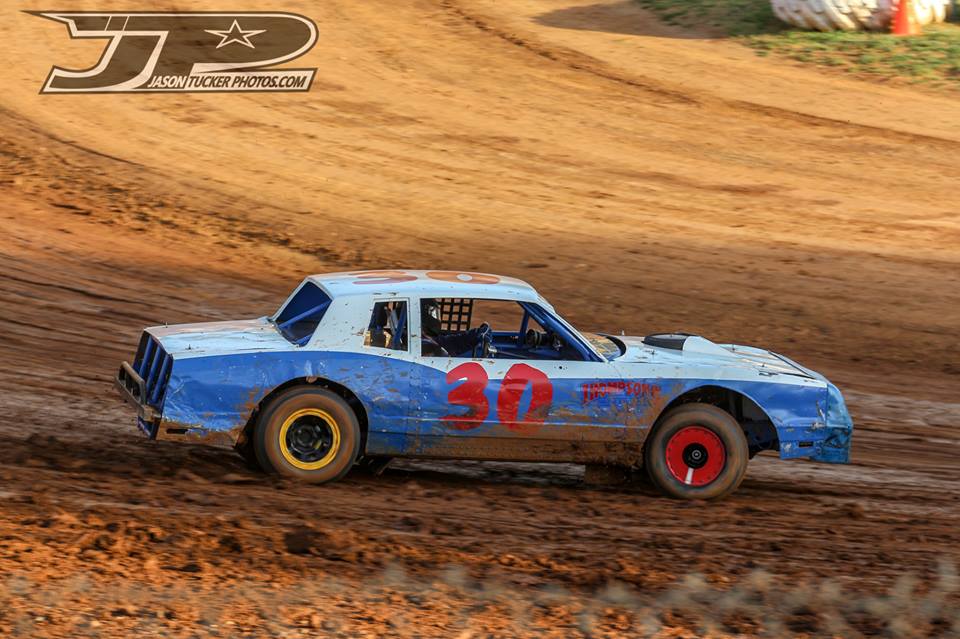 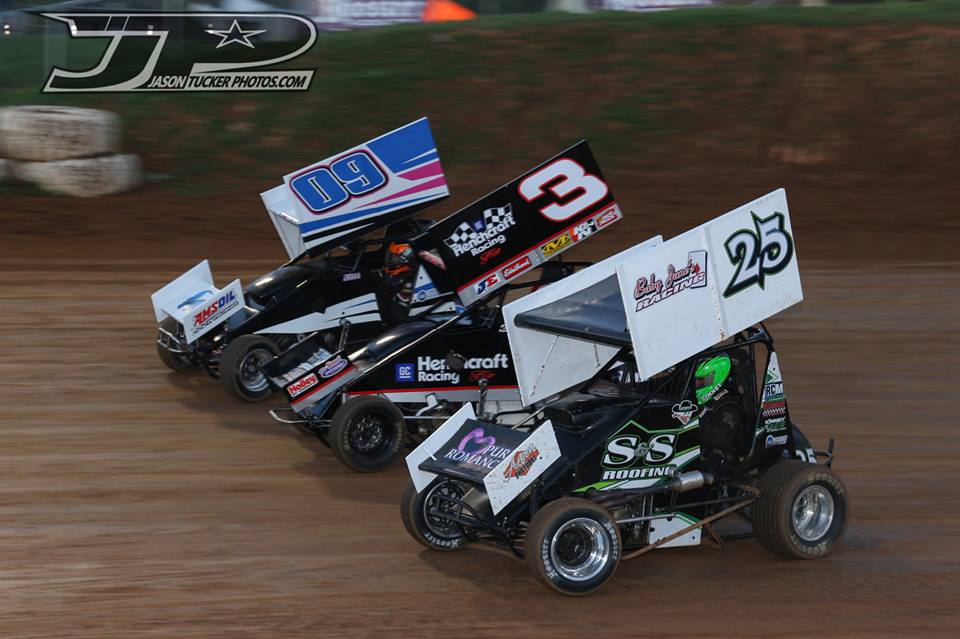 Placerville, CA – The El Dorado County Fairgrounds located Placerville Speedway is geared up to open the month of May with an entertaining four division program during “Big Trophy Night” this Saturday evening.

The Thompson’s Family of Dealerships Winged 360 Sprint Cars, Ltd. Late Models and the Jay’s Mobile Welding & Fabricating Pure Stocks will all be vying for one of the special five-foot tall perpetual trophies handed out to the winners on Big Trophy Night. In addition to the three speedway regulars the traveling BCRA Midget Lites will also be on hand during the event.

Live music will be performed in the grandstand midway by Matt Fremont prior to the races. “We’ve had a solid start to the season at Placerville Speedway and are looking forward to Big Trophy Night this weekend,” said Russell Motorsports Inc. President Scott Russell. “There has been some great racing from all divisions thus far and the weather is looking absolutely perfect once again for Saturday. We hope everyone will come out to the races on Big Trophy Night and bring a friend or two. As always we have live music and Happy Hour from 4pm-6pm in the grandstands.”

Going into Saturday’s action Clarksburg’s Justyn Cox and Roseville’s Sean Becker sit even at the top of the Thompson’s Family of Dealerships Winged 360 Sprint Car standings. Cox is the reigning winner of Big Trophy Night and captured round one on April 6th, while Becker was the most recent winner on April 20th.

A couple of young rising lions are also tied for third in the points, with those being Hollister’s Tony Gualda and Mather’s Kalib Henry. Both have been knocking on the door of their first Placerville Speedway win.

Aromas, California’s Justin Sanders put on a thrilling charge from the rear of the field last time out and completes the top-five in the standings. Six-time track champion Andy Forsberg of Auburn, Elk Grove’s Bobby McMahan, Menlo Park’s Jesse Love, Cameron Park’s Shane Hopkins and Roseville’s Jodie Robinson round out the top-10.

With two rounds down for the Ltd. Late Models, Placerville’s own Tyler Lightfoot sits atop the standings by one-digit over Ryan McDaniel. Lightfoot has led a number of laps in feature competition so far and will look for his first win of the season on Saturday. Dan Brown Jr. showed a ton of speed last weekend at the Tilford Tribute and will be another favorite to bring home the “Big Trophy” at points race number four. Brown ranks third in points with round one winner Ray Trimble and Jay Norton rounding out the top-five in points.

The Jay’s Mobile Welding & Fabricating Pure Stocks have competed at all three point races so far and former Placerville Speedway champion Nick Baldwin sits on top of the mountain going into Saturday. Baldwin captured the first two rounds and holds an eight-point advantage over most recent winner Kevin Jinkerson. It was a huge night for Jinkerson at the Tilford Tribute, as he picked up his first career Pure Stock victory at the quarter-mile.

Dave Silva had a solid run at the Tilford and ranks third in points over Mel Byers and Jason Leonard who complete the top-five. The remainder of the top-10 is filled out by Lonnie Leonard, defending Big Trophy Night winner Jason Palmer, Matthew Chacon, Jesse Bryant and last year’s track champion Scott Grunert.

The Placerville Speedway will also welcome the BCRA Midget Lites for the third time this season. The previous two appearances have been picked off by Washington traveler Chance Crum and veteran Scott Kinney respectively. Kinney, a two-time champion with the series, is also fresh off a victory with the BCRA Midget Lites last weekend at the Merced Speedway.

Adult tickets this Saturday will cost $15, while seniors 62 plus, military and juniors 12-17 will be $13, children 6-11 are $6, kids five and under are free! Tickets can also be purchased online by clicking https://www.universe.com/events/2019-placerville-speedway-championship-pts-race-4-big-trophy-night-tickets-placerville-PY6WJH

The pit gate will open at 2pm, with the front grandstand gate opening at 3pm each night. A happy hour will be offered from 4pm-6pm in the grandstands featuring discounted Coors Light and Coors Original at the beer stand. Drivers meeting will be held at 4:30pm, with cars on track for wheel packing at 5. Hot laps, qualifying and racing will follow.